Last week we had the privilege of attending the 15th edition of the International Fair Trade Towns Conference in Quito, Ecuador. Here’s a round-up of what happened, keep reading to find out where the conference will be held next year… ‘vamos’!

From its beginnings in Garstang, Fair Trade Towns is now a global movement, with over two thousand two hundred towns in over thirty five countries. Every year, representatives of this global movement gather in different countries for the International Fair Trade Towns Conference. The last conference was held here, in Wales in 2019, and this year we handed it over to Quito, Ecuador. 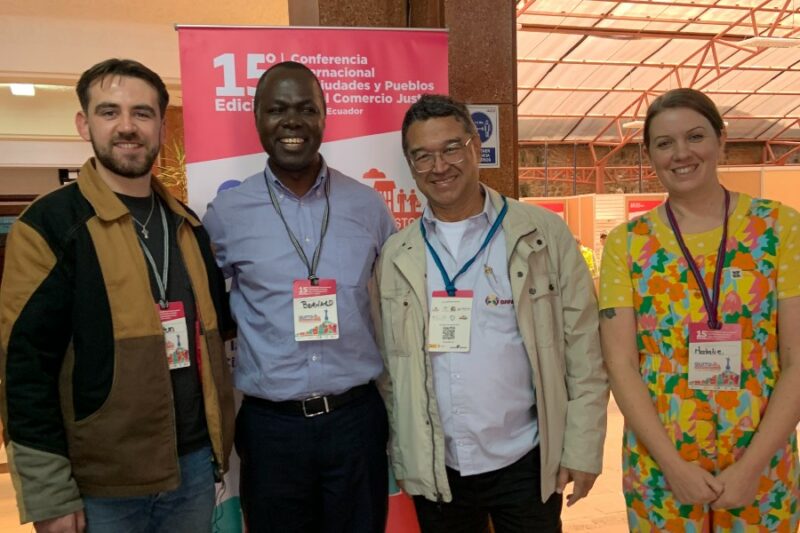 The conference kicked off with introductions to Quito and Ecuador by members of the local authorities and the national government, followed by welcomes from Fairtrade International, WFTO and CLAC. Then Natalie Rees, one of our Directors,  presented as part of a panel discussion on public policy on Fair Trade. Natalie spoke of the experiences in Wales, highlighting the Wellbeing of Future Generations Act – legislation which garnered much interest amongst international delegates. The evening was finished with networking cocktails in the company of a traditional Ecuadorian band. From discussions it is also evident that Wales has a unique reputation within the movement as the world’s first Fair Trade Nation – something we should all be proud of!

The second day of the conference was a full day of co-learning and cultural immersion. We heard interesting and inspiring presentations from our friends at Fair Trade USA, Chicago Fair Trade, WFTO Africa, Drakenstein Municipality and several others. The key topics of the day focused on women empowerment, Fair Trade and universities and the development of Fair Trade towns. It was encouraging to hear of the successes of Chicago Fair Trade in promoting Fair Trade through various campaigns. With events such as the Fair Trade Fashion show, and festive pop-up stores, Fair Trade Chicago has carved a name for itself within the movement as a beacon of inspiration. 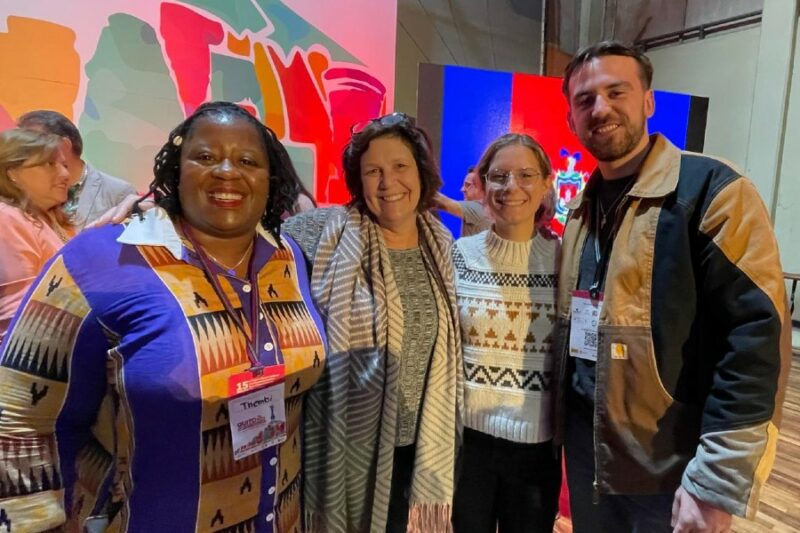 The conference wrapped up on the Sunday with final presentations on the contribution of Fair Trade to the SDGs, Fair Trade and advocacy, Fair Trade certifications, models of popular and solidarity economies, and alliances of Fair Trade. Following this the closing ceremony began, with the countdown for announcing next year’s hosts.

With the key to the conference handed over from Quito, it will now be in … Glarnerland, Switzerland! The country stood up during the pandemic to offer a virtual conference and it will now benefit from hosting the 16th International Fair Trade Towns Conference – don’t worry we’ll keep you updated on any details.

Finally a huge thank you to everyone who helped organise the conference this year in Quito. We had a great time meeting with all our Fair Trade friends in the oldest capital city in South America. Hasta luego Quito!